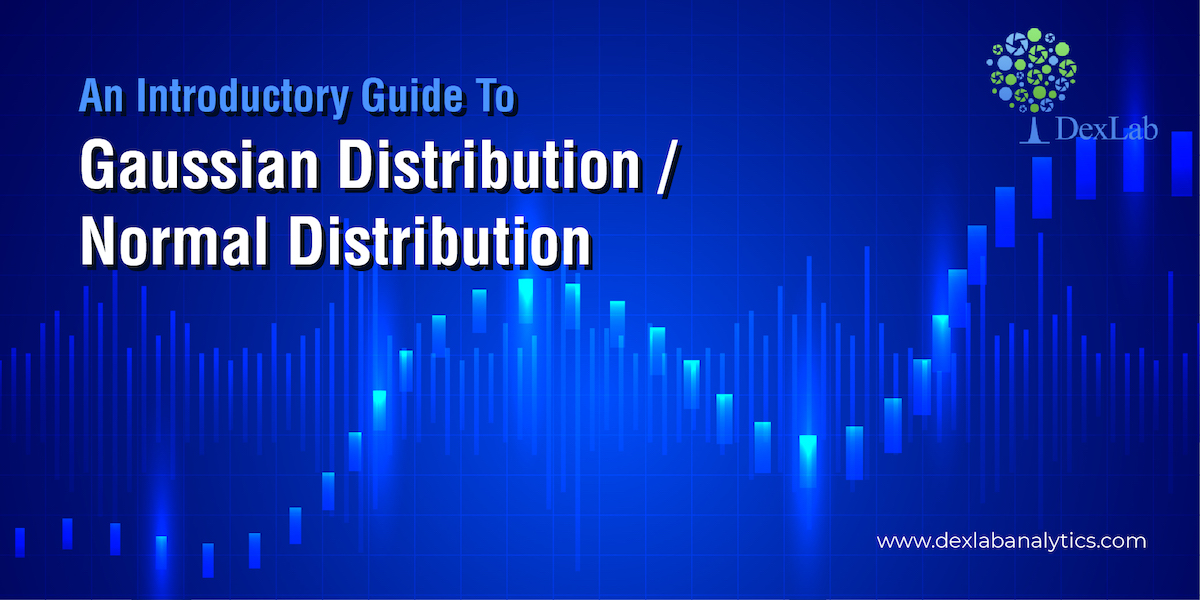 In this blog we will be introducing you to the Gaussian Distribution/Normal Distribution. Knowledge of the distribution of your data is quite important as it tells you the trend your data follows and a continuous observation of the trend helps you predict the future observations more accurately.

One of the most important distribution in statistics is Gaussian Distribution also known as Normal Distribution follows, that the mean, median and mode of the data are equal or almost equal. The idea behind this is that the data you collect should not have a very high standard deviation.

How to generate a normally distributed data in Python

In the above line of codes we are also using Matplotlib library to add axis labels and title to the graph. We are also adding an argument fontsize to adjust the size of the font. 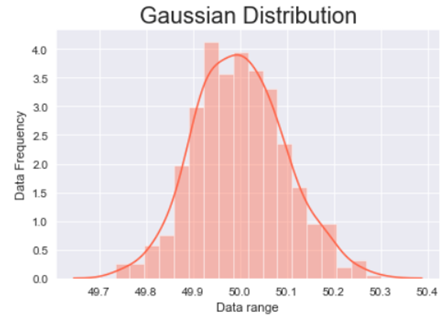 The above graph is a bell shaped curve with the peak of the curve in the center of the graph. This is one of the most important assumption of the Gaussian distribution on that the curve is symmetric at the center, some of the other assumptions are:-

Assumptions of the Gaussian distribution:

The last three assumptions can be proven with the help of standard normal distribution.

What is standard normal distribution?

Let’s see how we can achieve the standard normal distribution in Python.

We will be using the same normally distributed data as above.

As you can see in the above code we are first subtracting the value from the mean and then dividing it by the standard  deviation.

Now let’s see how the calculated data visually looks like. 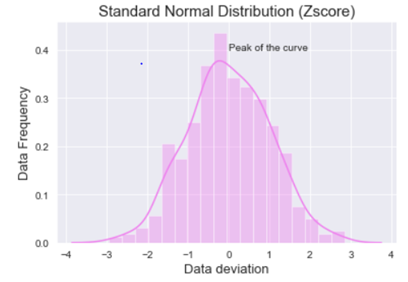 When we look at the above graph we can clearly see that the data is by max 3 standard deviations away from the mean.

For further explanation check out the video attached down the blog.

So, with this we come to the end of today’s discussion on Gaussian distribution, hopefully, you found this explanation helpful. For such informative posts keep an eye on the Dexlab Analytics blog. Dexlab Analytics is a premier institute that offers cutting edge courses such as credit risk analysis course in Delhi.