Automation is to Highly Impact the Knowledge Workers 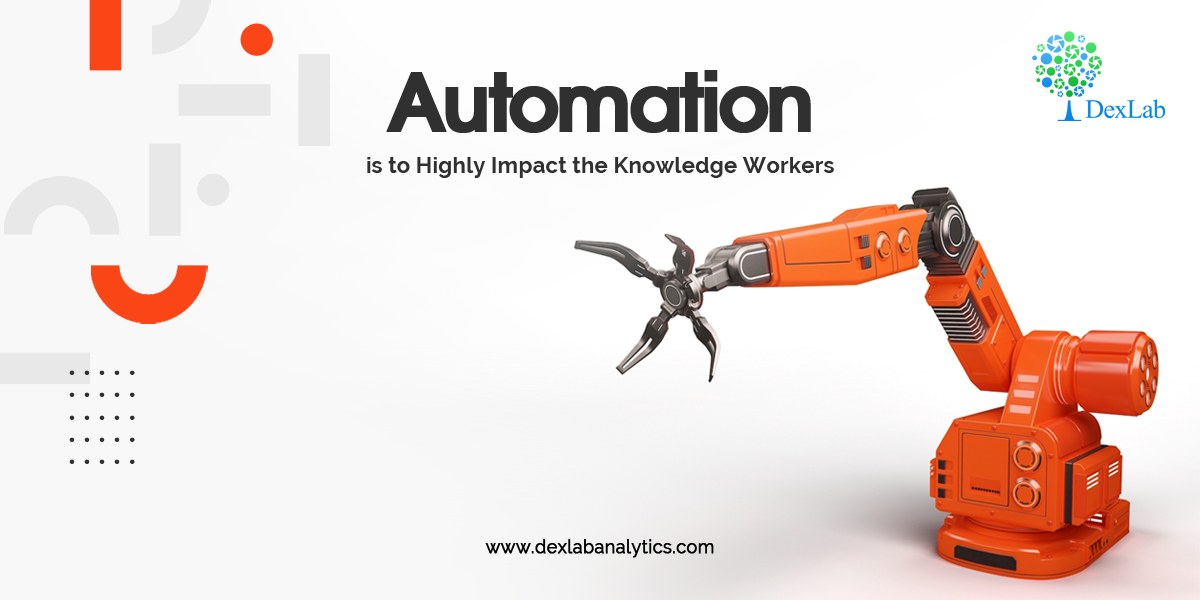 Automation will mainly target the knowledge workers, who are highly paid and educated and involved in thinking and analytical jobs.

The robot revolution is anticipated for quite some time now and with the ongoing advancements in Machine Learning, Artificial Intelligence and Data Science, the future is near. However, it is also one of the most dreaded events for the workers going forward, who would be vulnerable to losing their respective jobs.

Going back to the 2017 McKinsey study, around 50% of the jobs in the manufacturing industries are automatable using the latest technology. However, according to the latest report, the white-collar workers, who are well-read and engaged in thinking and analytical jobs, are more likely to suffer the most.

According to a new study conducted by Michael Webb, Stanford University Economist, the powerful technologies of computer science like Artificial Intelligence and Machine Learning, which can make human-like decisions and grow using real-time data, will eventually target the white-collar workers. Artificial Intelligence has already made marked intrusions in the white-collar jobs, like telemarketing, which are primarily overseen by the bots. However, with the tireless efforts of the Data Scientists, along with the expansion of the Machine Learning course in India, it is believed to oust the majority of the knowledge workers, like chemical engineers, market researchers, market analysts, physicists, librarians and more.

The new research focuses on the intersecting subject-noun pairs in AI patents and job descriptions to find out the jobs that will be heavily affected by the Ai technology. For example, the job descriptions of market research analysts comprise of “data analysis”, “identifying markets” and “track market trends”, which are in fact, all covered by the AI patents that are existing. This new study looks far more progressive than the previous ones because it analyzes patents for the technology which are yet to develop completely.

With the rising trends of Data Science and Machine Learning, Artificial Intelligence has really come a long way from what an imaginary concept. Thus, courses like Machine Learning Using Python and Python for Data Analysis, are in heavy demands.