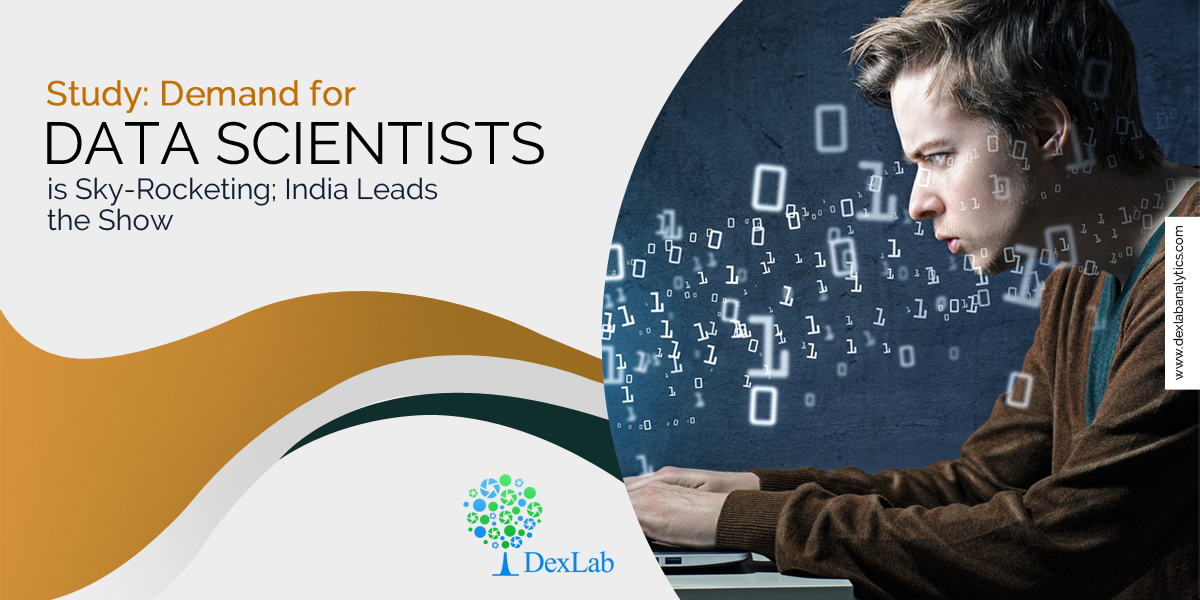 Last year, India witnessed a surging demand for data scientists by more than 400% – as medium to large-scale companies are increasingly putting their faith on data science capabilities to build and develop next generation products that will be well integrated, highly personalized and extremely dynamic.

Companies in the Limelight

At the same time, India contributed to almost 10% of open job openings for data scientists worldwide, making India the next data science hub after the US. This striking revelation comes at a time when Indian IT sector job creation has hit a slow mode, thus flourishing data science job creation is found providing a silver lining. According to the report, Microsoft, JPMorgan, Deloitte, Accenture, EY, Flipkart, Adobe, AIG, Wipro and Vodafone are some of the top of the line companies which hired the highest number of data scientists this year. Besides data scientists, they also advertised openings for analytics managers, analytics consultants and data analysts among others.

After blue chip companies, talking about Indian cities which accounts for the most number of data scientists – we found that Bengaluru leads the show with highest number of data analytics and science related jobs accounting for almost 27% of the total share. In fact, the statistics has further increased from the last year’s 25%, followed by Delhi NCR and Mumbai. Even, owing to an increase in the number of start-ups, 14% of job openings were posted from Tier-II cities.

A large chunk of data science jobs originated from the banking and financial sector – 41% of job generation was from banking sector. Other industries that followed the suit are Energy & Utilities and Pharmaceutical and Healthcare; both of which have observed significant increase in job creation over the last year.

Get hands on training on data science from DexLab Analytics, the promising big data hadoop institute in Delhi.

Another study – Talent Supply Index (TSI) by Belong suggested that the demand in jobs is a result of data science being employed in some areas or the other across industries with burgeoning online presence, evident in the form of targeted advertising, product recommendation and demand forecasts. Interestingly, businesses sit on a massive pile of information collected over years in forms of partners, customers and internal data. Analyzing such massive volumes of data is the key.

Shedding further light on the matter, Rishabh Kaul, Co-Founder, Belong shared, “If the TSI 2017 data proved that we are in a candidate-driven market, the 2018 numbers should be a wakeup call for talent acquisition to adopt data-driven and a candidate-first approach to attract the best talent. If digital transformation is forcing businesses to adapt and innovate, it’s imperative for talent acquisition to reinvent itself too.”

Significantly, skill-based recruitment is garnering a lot of attention of the recruiters, instead of technology and tool-based training. The demand for Python skill is the highest scoring 39% of all posted data science and analytical jobs. In the second position is R skill with 25%.

The analytics job landscape in India is changing drastically. Companies are constantly seeking worthy candidates who are well-versed in particular fields of study, such as data science, big data, artificial intelligence, predictive analytics and machine learning. In this regard, this year, DexLab Analytics launches its ultimate admission drive for prospective students – #BigDataIngestion. Get amazing discounts on Big Data Hadoop training in Gurgaon and promote an intensive data culture among the student fraternity.

For more information – go to their official website now.