The Limitation of R Programming

R Programming is sort of the darling of the academia and researchers as well due to the cutting edge tools of data science and analytics that it offers. Not only does its open source nature ensure that contributors to the project are able to come out with packages that facilitates in making R Programming be able to sport the latest advances in its field but also make it a option that may be implemented with burning a hole in ones pockets. 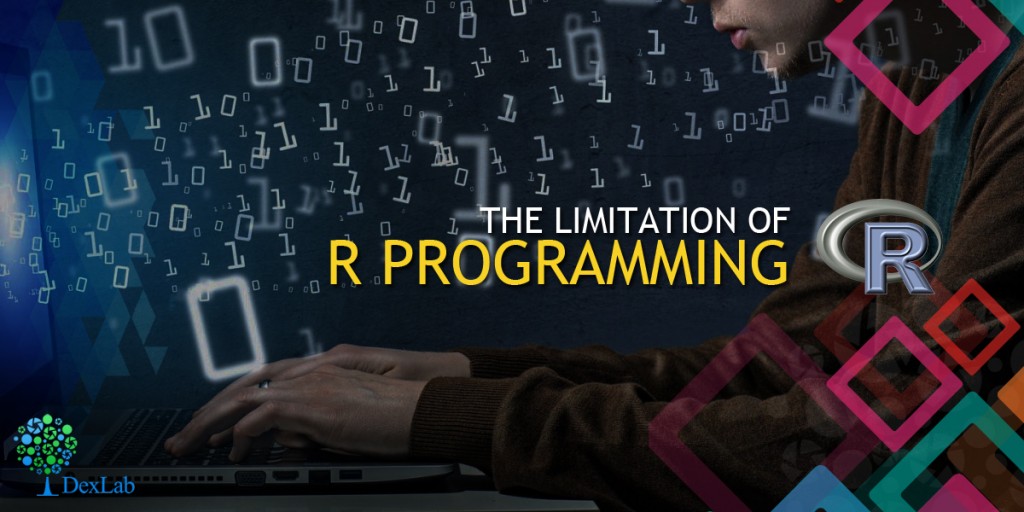 The Disadvantages of R

In spite of all its flexibility, R is found want in a number of specific situations. R cannot scale properly with large sets of data. There have been a number of efforts to overcome this significant disadvantage of R, but these efforts have not met with much success and the bottleneck remains an issue which needs to be dealt with seriously.

However this disadvantage rarely comes in to play in case of creating prototypes or if you are building models that serve as proof of concept as the data sets in such cases are comparatively small. This is a huge factor when building systems of machine learning on the scale or level of enterprises. Such large corporate organizations make use of R as a sort of sandbox of their data in order to experiment with the same with new models or methods pertaining to machine learning. If one such experiment shows promise or in other words is successful, the engineers of the company usually make an attempt to repeat the particular functionality originally performed in the R Programming Language in a language that is far more appropriate like SAS or other software luminaries in the analytics and data science fields.

We may dare to complete this post with the observation that for large scale enterprises uses SAS and R programming hold equal ground and one is just as important as the other.