Top Databases of 2017 to Watch Out For

Data processing is the most talked about topic of this year. From the figure below, you can comprehend that NoSQL and SQL databases are the ones most preferred by the respondents. 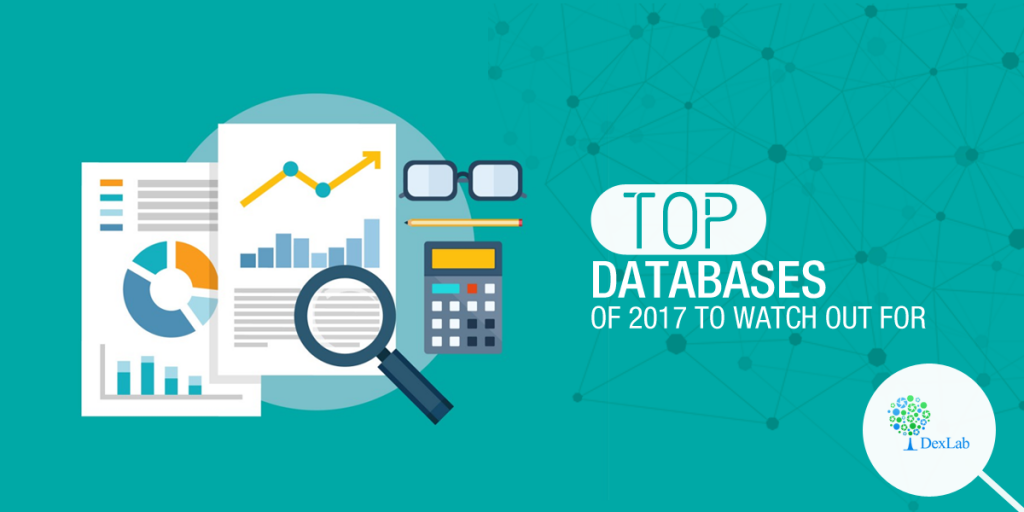 By putting together the percentage of respondents who found them fetching and who called them ‘extremely engaging’, we can conclude who the runner-up is. Here, NoSQL databases secure the second rank with 74.8%. 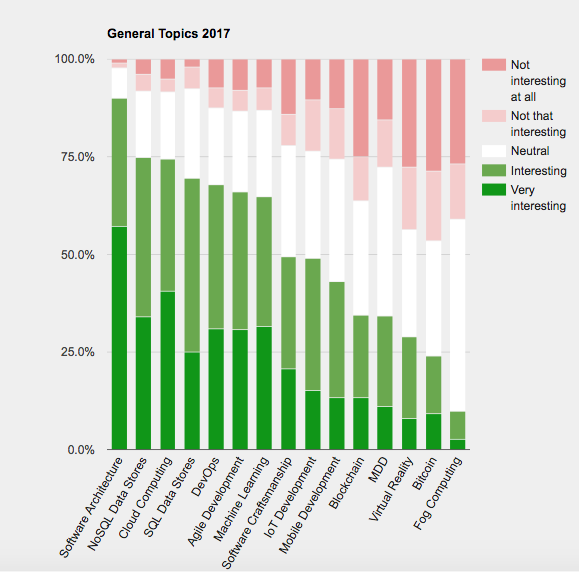 Which databases grabbed the maximum attention of respondents?

The survey says PostgreSQL is a sure winner. 25.3% thought it to be ‘very interesting’ and another 37.7% found it ‘interesting’. After totalling, PostgreSQL made 63% of the respondents interested about this concept in the present year.

Elasticsearch, with 59% became the runner-up. On the other hand, the amalgamation of Lucene and Solr proved to be successful as it gained the attention of 43.8% of the people, though definitely lower than Elasticsearch’s rank.

A similar situation is witnessed in case of data processing Hadoop and Apache Spark. Survey respondents interested in Apache Spark boast of 53.3%, as compared to Hadoop, which has a meagre 34.8% interest. 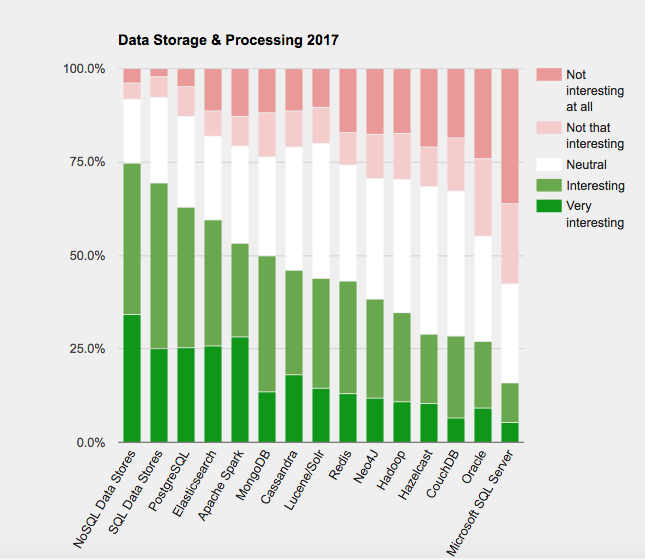 If carefully studied, we can see a lot of drama taking place, throughout the evaluation. In addition, you can witness some rifts between a few NoSQL databases: MongoDB, Cassandra, Redis and Neo4J. CouchDB, Oracle and Microsoft SQL Server have been outlawed this year by in-memory data grid Hazelcast. 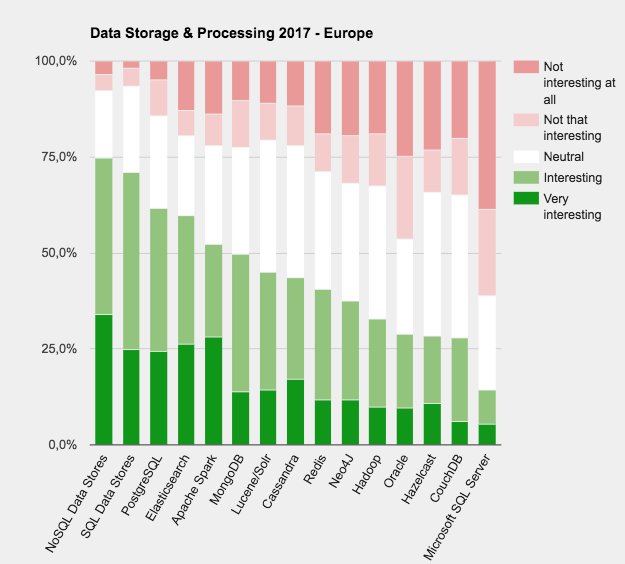 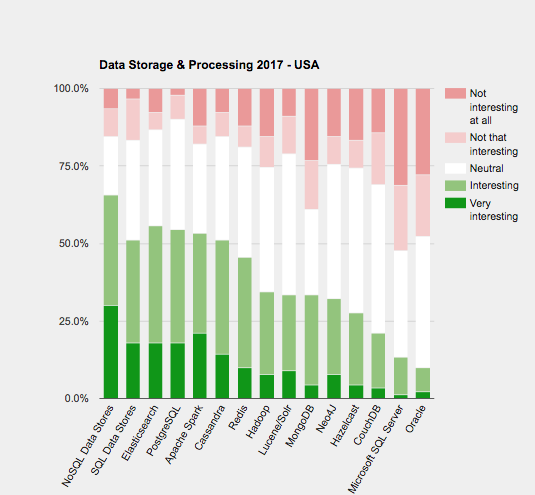 The survey says the respondents in the US prefer Elasticearch to PostgreSQL, while the Europeans reveal an entirely opposite picture. Most of the changes are subtle except for Oracle, which won the hearts of our European respondents, but failed to invoke interest in survey respondents from the US.

Though there have been no major changes to highlight, it is important to mention that Redis climbed up the ladder with more points this year (from 34%in 2016 to 43.2%in 2017), while MongoDB followed the opposite trend. It declined from its position by losing some points (60%in 2016 and 49.8% this year).

It is high time we accept the significance of data storage and processing in our lives. Today, it is not only deemed necessary, but also extremely in vogue. Another sign that supports the increasing trend of databases is the fact that so many respondents bothered to fill in fields to express their interest in database rankings. They gave their valuable time to let us know what technologies did spark their curiosity recently and helped us derive conclusions. Doesn’t it indicate that the database is gaining momentum, and in the future days, it will continue it’s thrive!