The Data of Fashion! How Chanel Turned Their Fashion Show Into a Data Centre?

In the Paris Fashion Week, Karl Lagerfield Chanel’s creative director and owner of a custom USD 25,000 worth Apple watch transformed the majestic interiors of the Grand Palais arching with regal charm into a makeshift data centre. Long tangles of Ethernet cords spewed from server stacks and had models running about clad in haute couture along with an odd pairing of a robot helmet! As they strutted down the stark white runway, it seemed like the futuristic fashion show from the Capitol of the Hunger Games.

The idea behind his creation was to juxtapose computer gear with fashionable clothes. Also the attendees assume that this fashion demonstration was a subtle hint (which was not so subtle) at them many of whom have recorded the entire show on their smart phones populating the data farms of Facebook and Instagram.

The event opened with two robots walking out to the runway while the song I feel love by Donna Summers played in the backdrop of the Grand Palais hall with its interior decked up to resemble a data centre. 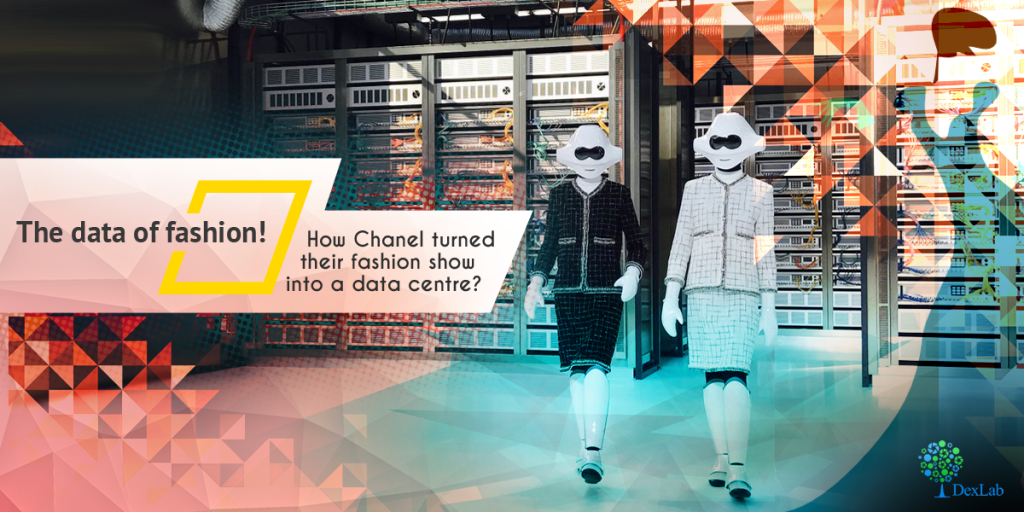 That was followed by a host of other cat-walking models with the same data centre theme at the background. 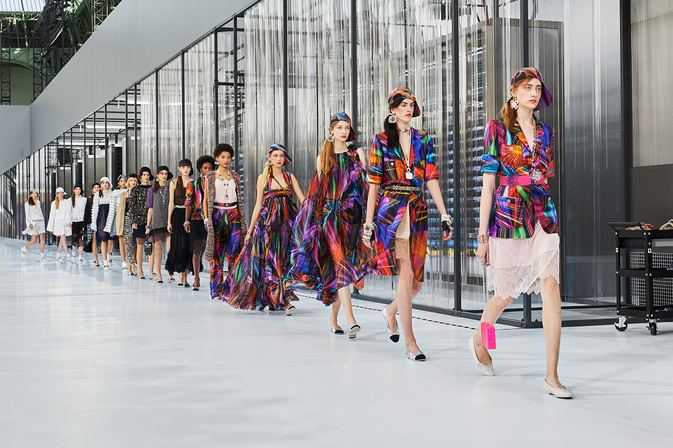 Presumably this techno backdrop is presumably a stage design but it appears to use the Ethernet cables of an array of colours plugged into some form of a fascias wound and round behind the runway. The actual arrangement looked somewhat obscure although things were included in racks and possessed some sort of overhead cabling. A strange detail is that close ups showcases that lights are on above these fascias sockets which indicate actual electrical activity.

But is this the future or is this retro chic?

From a fashion point of view, the clothing was an eclectic mix of both the retro and the future. While the styling was more than just overt with retro chic, models with their side ponytails and skewed baseball caps also accessorised with medallions around their necks which was very much similar to the style of Beastie Boys’ License to Ill.

As per the fashion director of the Telegraph, Lisa Armstrong the show was very hard to follow with a digital thread throughout the collection that sparked at times. But how did those pastel nylon lingerie and skirts play into the theme for instance?

But there were glimpses of obscure sci-fi fashion flicks with robotic handbags or futuristically flashy ones. 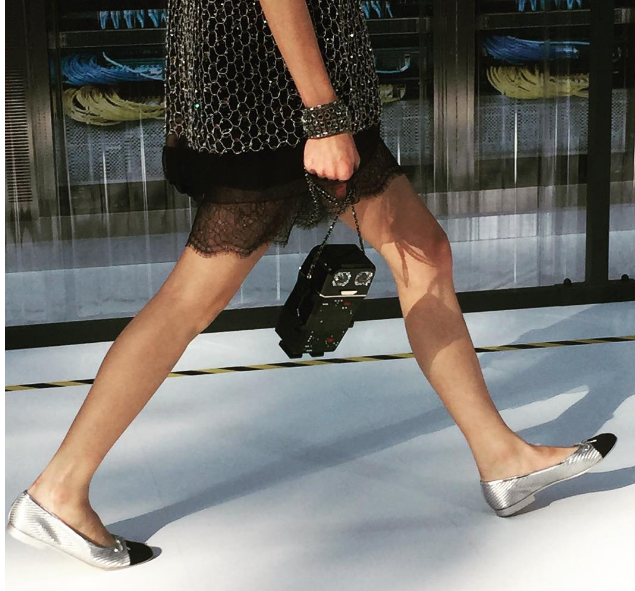 But later on after the fashion show was over, guests were allowed to walk through the data centre.

So, it is evident, that data or rather Big Data which is the new buzzword around the world has also made a mark in the almost unrelated fashion world, wherein it inspired talented fashion designers to think of Big Data in a bigger scale that was enough to inspire their design soiree.