The Professional Career Graph of a Data Scientist

It is indeed not a hard task to get hold of surveys of salaries of data scientists at senior and junior levels alike according to the place of work as well as the skill set possessed by the individual there are few readily available analysis of how the salary of a data scientist progressed over the course of careers than spanned over 25 years. This post seeks to fill in that gap by examining the career of Vincent Granville, a data scientist considered with high esteem in the Big Data industry. 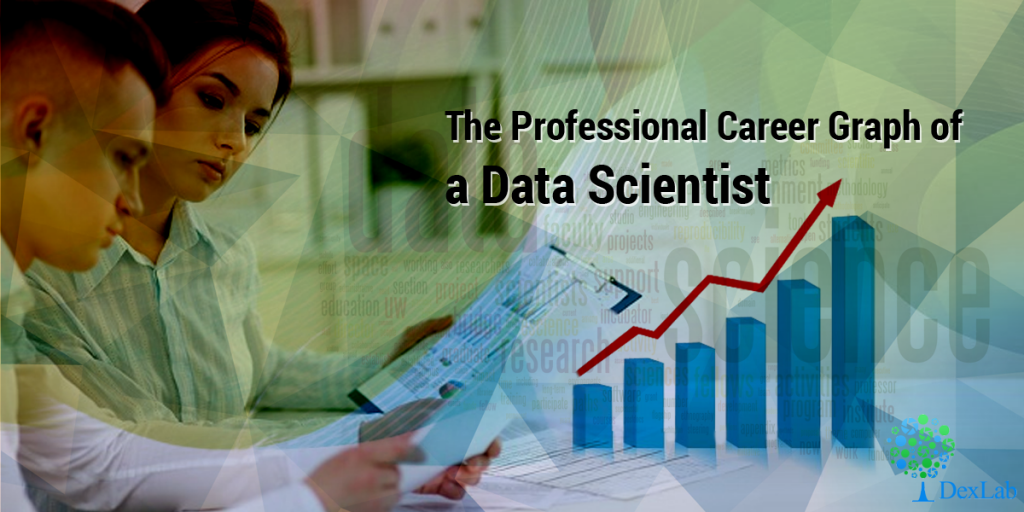 The Beginnings
•    He started his career as a data scientist way back in 1988 as a PhD student of computational statistics, working part-time for a company which was in a partnership with the stats lab of his university in Belgium. The tuition fee for his program was free and he got a salary of €18,000 per year.

•    In ’94-95 he worked as research fellow at Cambridge University and was pursuing his Postdoc and got near about £20,000 a year per year.

•    He moved to North Carolina, US in 1996 in order to complete his Postdoc at the illustrious National Institute of Statistical Sciences and received a salary of $45,000 per year which was a 30% boost.
In The Industry

•    He started his professional career working as a statistician foe CNET in 1997 at the location of New Jersey which employed a few hundred people in that particular period. His salary rose to $65,000.

•    From 2002 to 2005 he started to work as a consultant after the demise of the dotcom bubble. He worked for Visa in a fraud detection project and got paid $55 to the hour, followed by several months at Wells Fargo with a relatively lesser amount of $45/hour but company really appreciated his work.

Authenticlick went bust in 2008 and Mr. Granville joined a competitor with the company name of Adometry in Austin. He worked as Chief Scientist and got around $165,000 to the year.
•    During 2009 and 2010 he did some consulting work with eBay for $85 per hour and subsequently with Microsoft for $48 per hour along with employee benefits.

•    During 2010 to 2012 he worked as the Chief Scientist at Looksmart which was an ad network and got $155,000 per annum. The company paid for the whole expenses of his frequent visits between San Francisco and Seattle.

•    In 2013 Mr. Vincent Granville co-founded Data Science Central and makes more than $400,000 every year and still resides at Seattle. He still does consulting work for $100 per hour and with increased automation the effective rate works out to considerably more than that.

Other Notable Contributions
Mr. Granville was also the chief architect of Datashaping subsequently known as Analyticbridge and metamorphosed into Data Science Central after acquisition. The revenue rose from $6,000 in 2001 to $60,000 in 2010.