In a groundbreaking trial judgment, WPL (World Programming Ltd.) was found to have conducted software license breach and fraud and was made to pay damages to SAS. A federal jury found that WPL violated its software license for SAS learning edition with reverse engineering parts of the product to create their own WPS or World Programming System software while still using the SAS Learning edition to meet their production requirements. 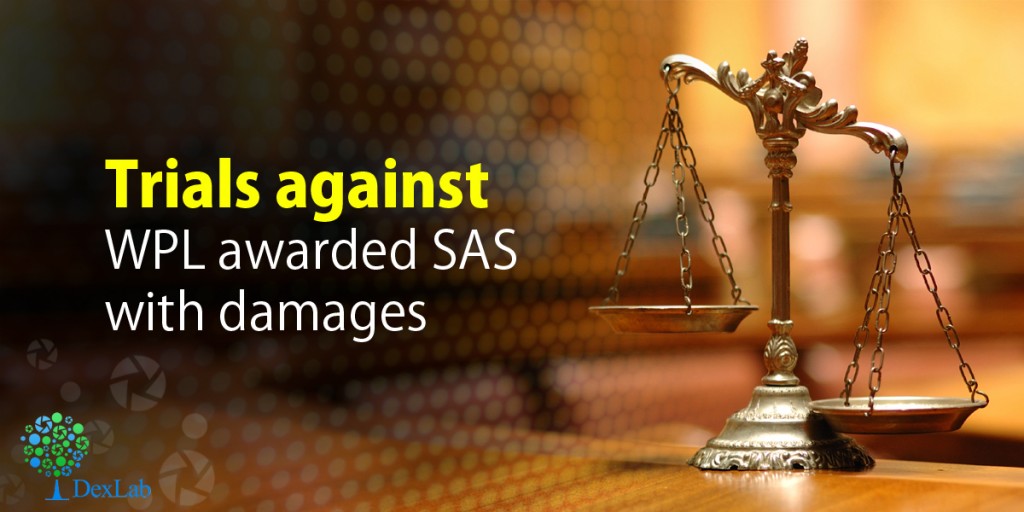 After the jury found this misconduct, the company was directed to pay SAS a penalty of USD 26.4 million in damages. Furthermore, WPL was also found to have committed fraud against SAS by the jury that required them to further pay another USD 3 million to SAS in terms of punitive damages. It was also concluded by the jury that WPL violated the NC Unfair and Deceptive Trade Practices Act that mandates the company to pay treble damage charges to SAS. The cumulative penalty judgment amounted to as much as USD 79 million. As per reports SAS will seek the help of parliament injunction on the issue to control sale of or use of WPS products in the US.

A representative of SAS revealed in a statement that the proofs they were able to collect enabled the jury to come to a conclusion quite fast that further validated the talk of the town about the practices of WPS that suggests that they did take part in unfair practices.SAS is currently the leading programming software in the world of Business Analytics. As per records the program helps users of more than 75,000 websites to make better and faster decisions using data.

Their work philosophy of – giving clients around the world “the power to know” (as is their tagline); using data tools is slowly taking over the market. They have been operating in the data industry since 1976. And all their products and services are trademarked under the name SAS Institute Inc. in the US and other countries.