Ever imagine what would happen if master painters like Rembrandt were alive and painting in the time of Prisma?

They would probably have a brain aneurysm looking at perfect photographic images to be transformed into almost accurate paintings on the hands of puny commoners with so much as a smart phone! 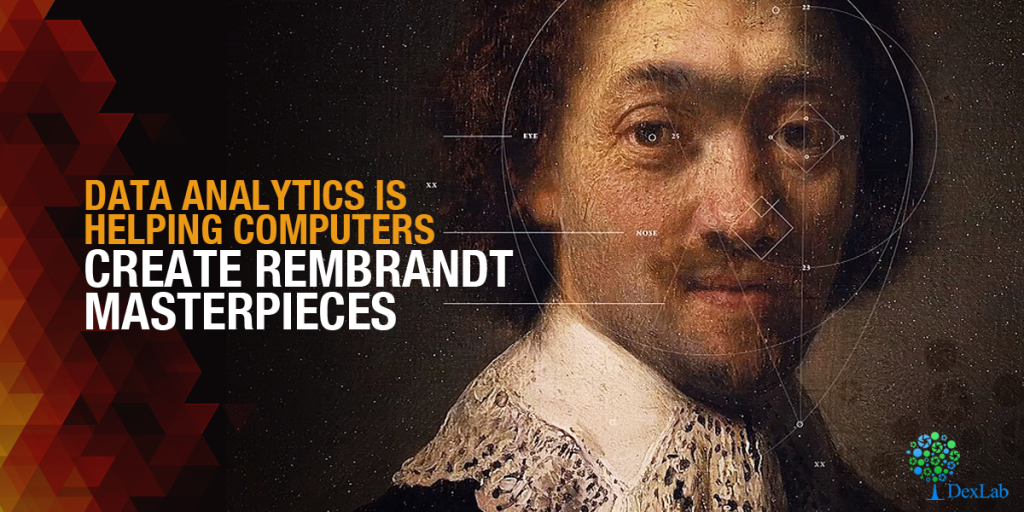 But how is that, computers these days can replicate the master paintings of famous legendary artists like Van Gogh or Rembrandt for that matter within a matter of few seconds? While Prisma transforms real photographs into paintings by playing around with the graphic information. But what if we told you…that you can create a whole new painting using your computer or to be precise with this ingenious algorithm!

A specialised team of researchers have been developing a computer program at institutions like ING Bank and Microsoft which will help to replicate the painting style of the artist Rembrandt with almost complete perfection.  The project is known as the Next Rembrandt Project and the team comprises of computer programmers, art historians and researchers who have worked together for years to produce an algorithm which will study the various aspects of a Rembrandt painting to create a fresh painting resembling the style of the legendary artist himself. This computer algorithm took into account each spatial feature of the painter’s strokes in facial portraits, the way he applied paint, the stroke style of brush movements, and other nuances of the way Rembrandt painted. The result of their years’ worth of work with this algorithm is “the new Rembrandt painting” that took total of 18 months to create. The painting was unveiled in Amsterdam in the early, 2016.

The way the project team created a whole new Rembrandt painting with similar styles of that of the artist himself was through gathering of data. They decided that their target paining would be of a Caucasian man of age 30 to 40 having facial hair, wearing black clothes with a white collar and a hat. They concentrated their research on all such paintings Rembrandt did with such a subject and used specialized 3D Scanners. This way they were able to get detailed scanners of the paintings. Then the team worked to create computer programs that could analyse this data t understand and predict how Rembrandt would paint such features. They studied dozens of specimen eyes and nose and other such features of Rembrandt paintings. These data points became a roadmap for the fresh painting created solely with a computer algorithm. The way it worked is that the team created a type of a puzzle with each feature being a piece of the puzzle. They had to the fit together each piece together. They also used algorithms to determine how Rembrandt would space different features like the eyes from each other or from the nose. There is more, the paintings only look flat but they are actually three dimensional. And voila! The result was not just a resemblance to the style of paintings by Rembrandt but instead replicated it.

But how did a simple box of a computer paint an object? The answer lies in 3D printing. The printer used a special UV ink that was printed layer by layer on the canvas the result of which was an uncannily similar Rembrandt painting.

Does this mean that computers will replace artists?

Certainly not, this is merely enacting a collection of data-driven insights on a piece of canvas; there is no stroke of genius in a computer similar to that of the artists. So, until computers learn to express their ‘‘feelings of romance and musings” the job of an original artist remains safe!