The times now are such that we can name at least one of our friends, relatives or peers who have fought the dreadful battle with cancer. But luckily for us there are several people who along with their loved ones have not only fought this battle with courage but have triumphed to achieve sweet survival. But such glorious accomplishments would not have occurred if it were 40 years ago. 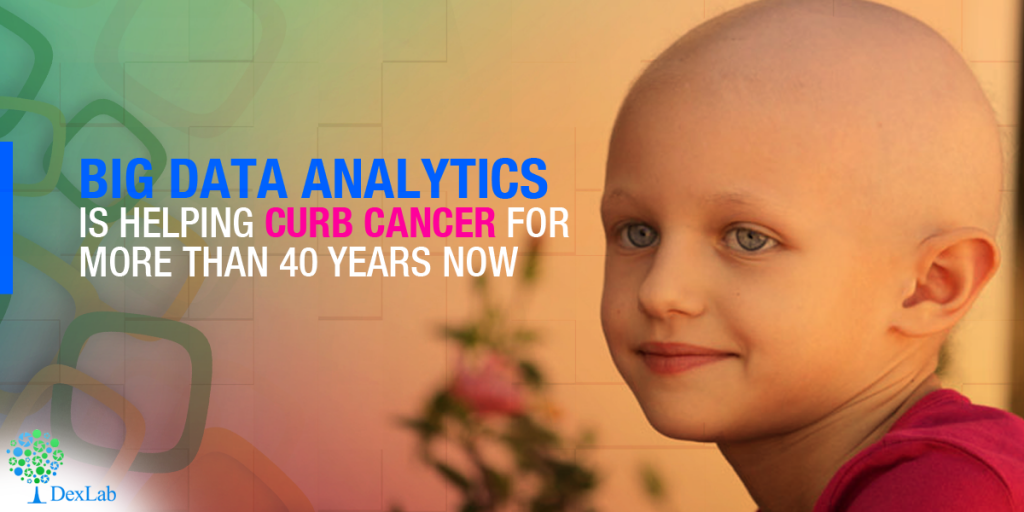 As per the reports, adults who were diagnosed with cancer back in 1975 only had a lowly 50/50 chance of survival after five years of being diagnosed. But today the relative five year after rate of survival across all types of cancer is as close as 70 percent. And for better, the cancer survival rate during the same time frame for child cancer patients within five years of diagnosis has improved from the previously existing 62 percent to 81 percent, which is a steep rise.

But these staggering amounts of developments would not have been possible without the use of data analytics:

Here we will explore some such advances made in oncology with the help of data analytics:

The mammoth task of sequencing the human genome could not have been made possible without the use of analytics. The studies on our DNA continue to successfully provide clues for early diagnosis of cancer in patients. Also a thorough genetic analysis it has now become possible to predict whether a patient will get cancer in the near future.

The emergence of personalized medicine was made possible as a result of the human genomic sequencing project that promises to provide treatment regimen that are designed specifically for an individual’s one of a kind genetic configuration. Thus, such efforts result in lesser side effects and help to improve outcomes.

With data sharing a lot of developments are being made possible to fight cancer. In an individual level, health tracker applications on our smart mobile devices are allowing data to be sent to healthcare professionals so that patient care can be improved and early signs of at risk patients can be avoided.

With high speed connections, high performance analysis and data storage available at reasonable rates, sharing of large data projects has been made possible in the healthcare industry. Thus this resulted in pharmaceutical companies to collect more clinical data about the performance and effectiveness of their drugs, also insurers and other related agencies are now being able to share the outcomes of their different studies with related industries with safe data sharing. And with these numerous data sources from hundreds of studies and several dozens of companies, researchers are now finding deeper more valuable insights than ever before.

Before 40 years, the inter-organizational data sharing was an unfamiliar concept which was largely an untrustworthy one as well. But the times have now changed with undeniable benefits of analysis. It has made researchers to get answers faster, thereby reducing duplication of effort and improving efficiencies. Additionally rare types of cancer and relatively neglected fields of study have become easier with large amounts of detailed data at the researchers’ disposal.

The shared outcomes from health care data from large groups of similar cases are used in cancer counteracting measures as well. The procurers of healthcare can use this knowledge to garner deeper insights about the effects of different kinds of treatments. Thus, the bottom line being that your loved ones will have better chances of being treated with the right treatments needed by them.

With analytics in medical realm there have been higher rates of survival, more personalized treatments and expansion of cancer research towards effectively treating cases.