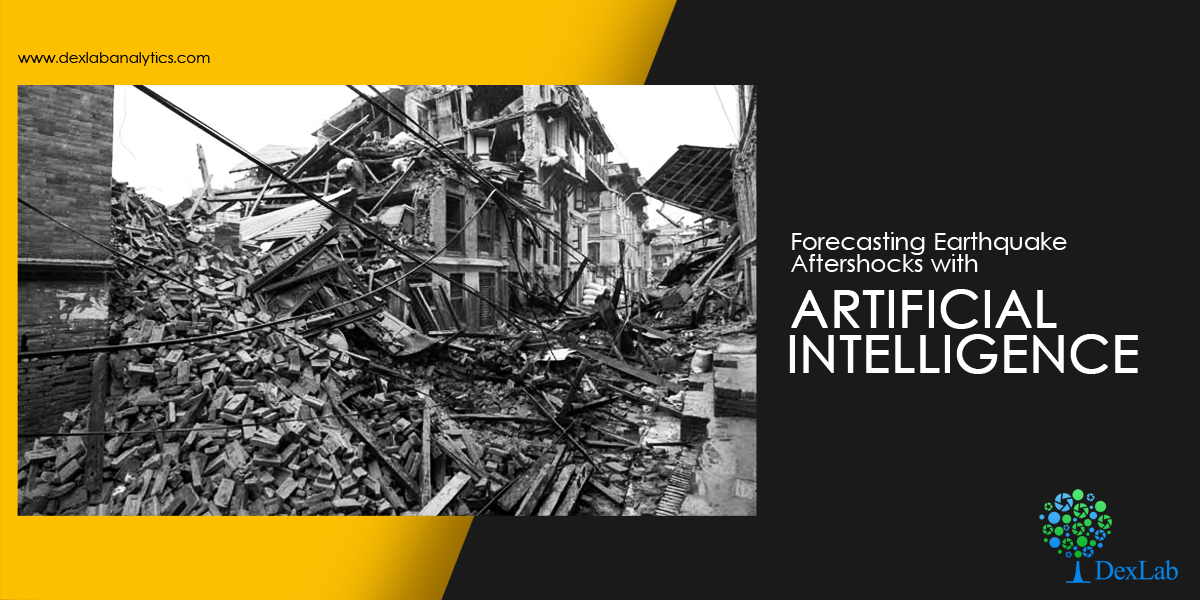 Recently, a study where a huge number of earthquakes were analyzed using machine-learning models, fared better at indicating the regions affected by aftershocks than traditional methods of analyzing the same.

This study puts forward new ways of analyzing how ground stress, which is caused by a massive seismic activity like earthquake, trigger aftershocks that follow. Researchers believe that this advancement in aftershock detection can open up fresh avenues for assessing seismic risks.

Phoebe DeVries, a seismologist at Harvard, believes this new research to be a demonstration of the immense opportunities that machine learning has in this field.

Contrary to the general idea that aftershocks aren’t as damaging as the main earthquake, they can actually be more devastating. As an example consider the 7.1 magnitude earthquake that shook Christchurch area in New Zealand in September 2010. It didn’t take lives but the 6.3 magnitude aftershock that occurred over 5 months later caused massive damage and took 185 lives.

Currently, the problem lies not in predicting the magnitude of aftershocks; rather seismologists find it difficult to forecast the spots where the aftershocks will hit. The traditional method used for aftershock forecasting involves calculating changes in stress of nearby rocks that’s produced by the main earthquake and using these calculations to find out the likelihood of aftershocks striking a particular area. This stress-failure process is good for defining after-shock patterns, but sometimes it fails to generate correct results.

There’s a lot of data available on previous earthquakes. DeVries and her group has used this data and applied it in machine learning models to create better predictions.

Data related to over 131,000 main and after tremors were analyzed by scientists. It included some of the most destructive earthquakes, like the 9.1 magnitude quake that shook Japan in 2011. Employing this massive data set, neural networks were trained and these modeled a grid of cells that surrounded every main tremor location at a distance of 5 kilometers. Neural networks were given the signal that an earthquake had occurred and also fed in data related to the changes in stress at the centre of each grid cell. Following this, the neural networks were asked to give the probability of each cell generating aftershocks.

After testing this method for 30,000 main shocks and aftershock events, it was concluded that the neural networks forecasted the after tremor locations more accurately as compared to the stress-failure method. The networks treated each cell as an individual problem instead of calculating the overall effect of stress on the rocks. Furthermore, the ML models also implied some physical changes that occur in the ground due to the main shock and other important parameters that researchers don’t normally consider in seismic studies. One of them is the stress changes that occur in certain materials, like metals.

To conclude, it can be said that this new study is a motivating step forward in the study of seismic activities. AI and ML are breaking new grounds in every field of study. Understandably, Artificial Intelligence courses are all the rage among students wanting to leap forward in their careers. If data, numbers and forecasts interest you then this artificial intelligence certification in Delhi NCR should definitely be considered.