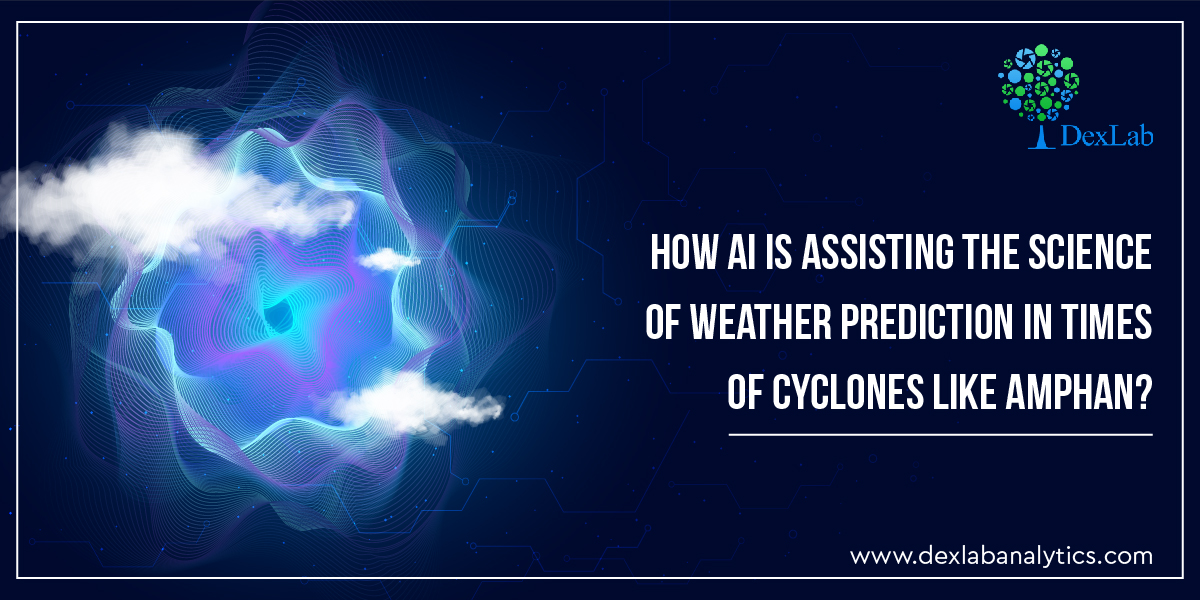 The Amphan super cyclone last week ravaged West Bengal in India and parts of Bangladesh, killing scores of people, damaging houses, uprooting trees and electricity poles and flooding large swathes of land. The category 2 storm, with wind speeds over 150 km per hour was predicted several days earlier and this helped the concerned governments evacuate thousands of people before it struck.

Thus, we can hardly emphasise the importance of weather forecasting and prediction in today’s world, especially when climate change is at it severest. By some estimates, for instance, in 2016 there were nearly 800 weather related disaster events, thrice the number recoded in 1980. And even if all countries adhere to the Paris climate pledges, by 2100, it is likely that average global temperatures will be higher than pre industrial times by 3 degrees.

It is therefore imperative for us to study how Artificial Intelligence and its many branches like machine learning, deep learning and neural networks are helping predict weather events. For instance, researchers at Rice University have developed a deep learning model that can predict heat waves and winter storms, i.e. extreme weather conditions. The model was trained by studying hundreds of maps that showed surface temperatures and air pressures. After training, the model was used to read maps it had never seen before and it predicted weather conditions with upto 85 percent accuracy.

Similarly, Microsoft is investing huge sums of money in ‘AI for Earth’, its flagship project committed to developing machine learning models to predict weather conditions. It has given grants to Columbia University professors to study the pattern of tree distribution in storm affected areas of America by processing thousands of images. In turn, the prediction model studies how much Carbon Dioxide decomposed vegetation is emitting into the atmosphere resulting in global warming.

Deep neural networks (DNNs) are gradually replacing physics based models of weather forecasting that have been in use for decades now. DNNs are being used to supplant parameterization of physical schemes in the traditional weather forecasting model in the US. DNNs help save on computational complexity in the forecasting process and help in scalability without compromising the model’s prediction accuracy. Humidity, wind velocity, temperatures and much more can be studied and predicted using DNNs.

Last year the Ministry of Earth Sciences organised an event wherein officials said artificial intelligence will be used to predict extreme weather conditions in India. In an article, it was reported that a top ministry official said, “Society needs information about extreme weather events at least 7 days in advance which we are yet to achieve. We are working to provide impact based forecast to society that will tell people about how it will impact their lives. To achieve this, we are going to use artificial intelligence and machine learning to help in improving our understanding of weather and climate phenomena and their forecasting.”

Thus, it is no surprise that more and more institutes in India are gearing themselves for the AI revolution in the country. DexLab Analytics is one such artificial intelligence training institute in Gurgaon to look out for.