The Story of Brontobyte: From a Small Byte to Bronto and More

This is the story of Brontobyte, and how it emerged from a single byte to the massive bronto! It all started on the year 1956, when bronto was a wee small Byte, born to parents unknown at a place undisclosed in pages of computerized history. We know however, that Bronto had a Godfather, from IBM Mr. Werner Buchholz who gave him his name ‘Byte’ in the month of July, 1956. 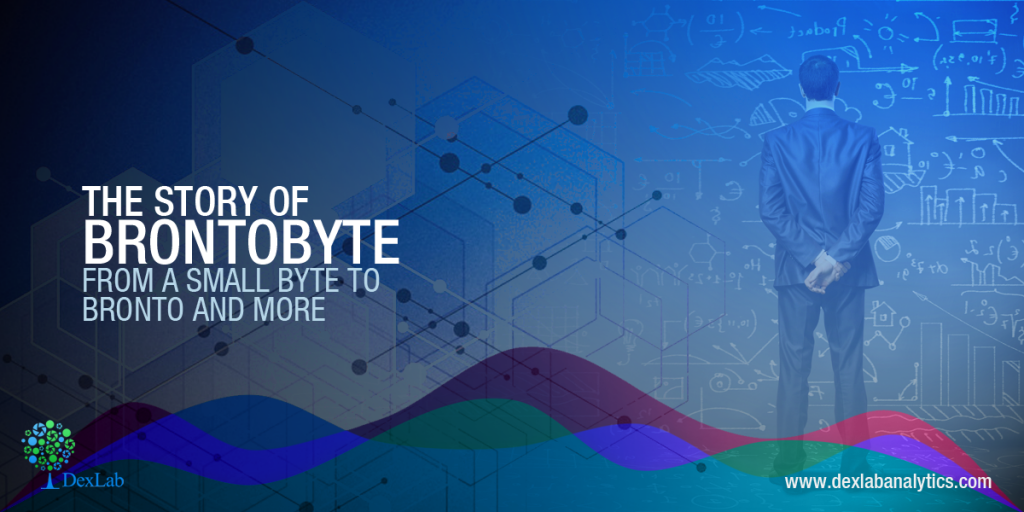 It is a funny story how Mr. Buchholz almost changed his life since the beginning by changing his name from ‘Bite’ to ‘Byte’ almost at the last minute, so, that he would not get lost in all those bits and pieces! Brontobyte must really thankful to him for doing so, this was a special bit apart from the rest of the bites, a really special – byte! So, it is safe to say that Brontobyte was born somewhere around that time in 1956. And that makes him 61 years old.

This is not a tale of bragging about something very usual. It is a tale truly special as you will see later in this biography of Brontobyte. Our friend byte here was born gifted in three unique angles. The first being, as it kept growing it also went on to acquire new names. Like at first, he got the name Kilobyte, this grew on to be called as megabyte etc. (You can find all the names he got in his later years at the infographic attached herein)

The second reason why byte is so special is because it has been growing at an exponential rate since, its birth. While most of us humans only keep growing until our 18 years of age or so, and then stop growing physically; but not our friend Bronto here.

And lastly, the third reason why Bronto is so special is because it has helped several other significant technologies that are completely revolutionary like the Personal Computer, the Internet, Big Data, and now IoT to have developed and grown with it. It may not be apt to say that Big Data was just Bronto’s creation, that is because Bronto lies inherently as a part of Big Data even today.

Here are all the names that byte received throughout its age as it grew bigger!

Byte To Brontobyte and beyond: 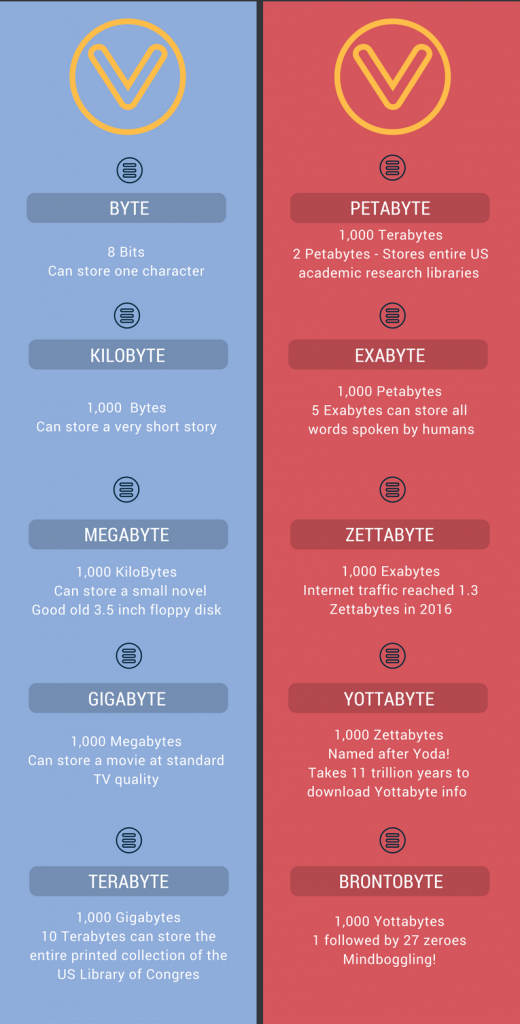 Some other specialities of byte are discussed here:

The name Yottabyte was kept after Yoda. Currently, it is difficult to say even how big Brontobyte is, it might even have become Gegobyte! You can help us by letting us know in the comments. Byte had its lifelong passion to store information. The more information it store the bigger it kept growing. In its present avatar Brontobyte can store the entire knowledge of the universe known till now.

An interesting thing about Brontobyte is that the more it grew the size of its houses, which have changed throughout the years, got smaller!

Here are the pictures of some of the houses byte has lived throughout his life in chronological order:

Later, he mostly lived in much smaller houses that even spun around inside other places like in a Laser Disk, Floppy disk, Magnetic Tape etc. Brontobyte currently lives in a “Solid State Drive” (SSD). While it is small, but it is still very nice and quiet, exactly how it likes.

You can learn more about Brontobyte and its journey further with a Big Data Certification, see DexLab Analytics for details on Big Data analytics courses.