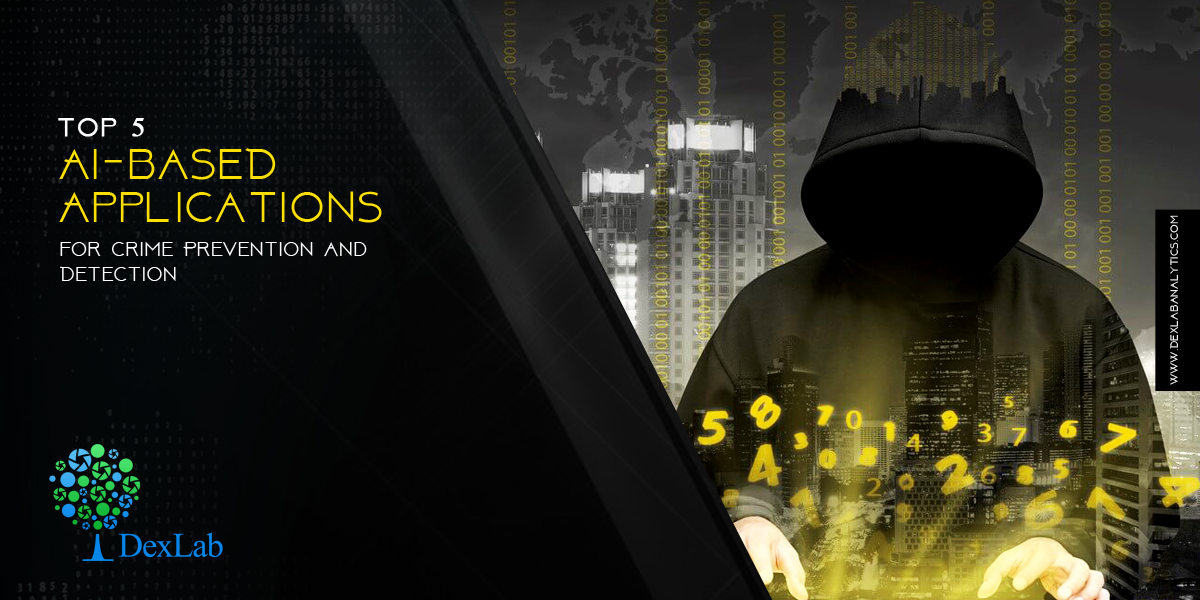 Companies and cities across the globe are attempting to employ AI in a plethora of ways to address crime. Day by day, city’s infrastructure is becoming smarter and tech-efficient. Crime detection is no more a catch-22. With easy availability of real time information, it’s now easier to detect crimes.

Here, we are going to dig into a few present AI applications in crime detection and prevention:

ShotSpotter utilizes smart city infrastructure to pinpoint the area from where the gunshot came through. The company representatives claim that their system has the ability to alert authorities in real time with the data about what kind of gunfire it was and the exact location as accurate as 10 feet. Thanks to multiple sensors and their machine learning algorithm. They work by picking up the sound of the gunshot.

At present, they are being used in over 90 cities across the world, including Chicago, New York and San Diego.

China’s top notch security camera producer, Hikvision made an announcement last year: they are going to use chips from Movidius (an Intel company) to develop cameras that would run intricate, deep neural networks right away.

They claim this new camera would better scan the license plates on cars, perform facial recognition for potential criminals and automatically identify suspicious anomalies. Currently, their advanced visual analytics systems can achieve 99% accuracy and with 21.4% of market share for CCTV and Video Surveillance Equipment worldwide, Hikvision has clearly secured a respectable position in the video surveillance space.

Predicting future crime spots is no mean feat! But Predpol is proud to venture into that nuanced area with their powerful big data and machine learning capabilities that can predict the time and location new crimes are most likely to happen. And that can be done through data analysis of past crimes. Historical data plays an integral part in building such algorithms.

Los Angeles is one of the American cities that have adopted their system, among others.

Who commits the crime – Cloud Walk

Cloud Walk, the Chinese facial recognition enterprise is foraying into a new scope of technology where it would be possible to predict if a person decides to commit a crime, even before he attempts to. As a result, they have built a system to detect suspicions changes in the manner or behavior of an individual. For example, if a person buys a hammer, that’s completely fine. But of course, if he buys a knife and a rope, he comes under the radar of suspicion.

Find suspects most likely to commit another crime – Hart

If you know, the individuals charged of a crime are soon released until they stand trials. Now, deciding who should be released pre-trial is like being in deep water. For that, Durham, UK has employed AI technology to enhance their current system of deciding which suspect to release. The program is called Harm Assessment Risk Tool (Hart), and is fed with 5 years’ worth of criminal data for smoother prediction of a person’s vulnerability towards crime.

A whole body of data is used to predict whether an individual falls under the purview of low, medium or high risk. Comparing the prediction with the real world results, we found out that most of the predictions of HART were close to being accurate.

The robust growth of AI and machine learning is the best thing since sliced bread. Their superior technology for crime detection is already in place, and is growing to expand further in the future.

Keeping that in mind, we at DexLab Analytics offer a bunch of Machine Learning Using Python courses to shape your future for good. Our Machine Learning Courses are of top quality and fits the budget of all.

The article has been sourced from – https://www.techemergence.com/ai-crime-prevention-5-current-applications/