AI-Smart Assistants: A New Tech Revolution in the Make

2018 has begun. And this year is going to witness a mega revolution in the field of technology – the rise of AI-powered digital assistants. Striking improvements in key technologies, like natural language processing and voice recognition are making smart assistants more productive, helping us use electronic devices just by interacting with them. 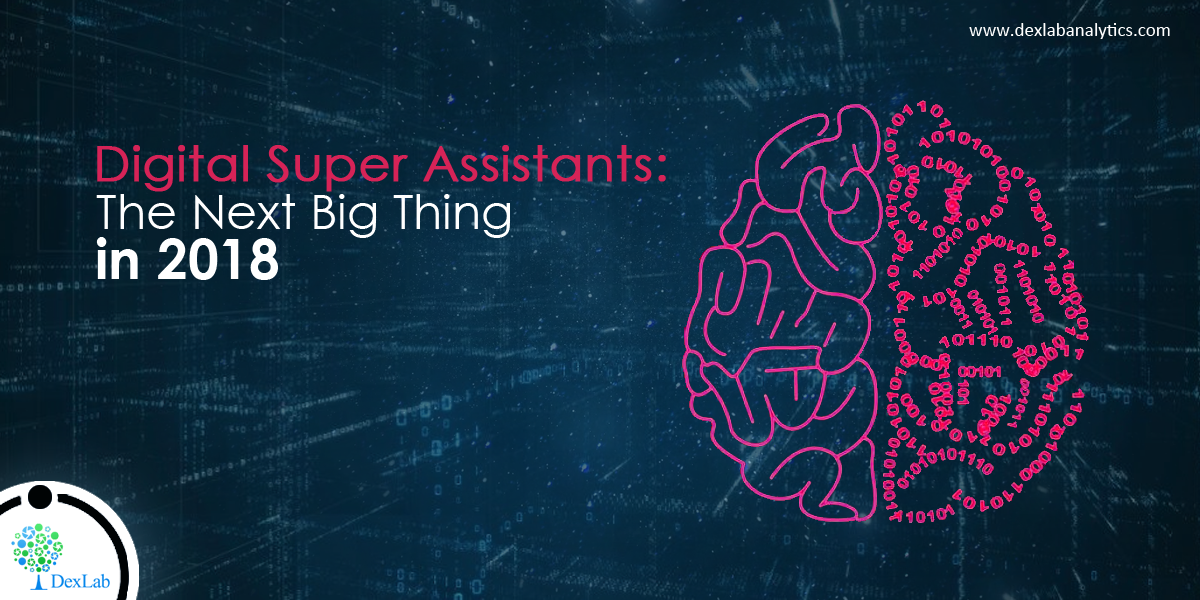 Smart voice assistants are going mainstream. From Apple’s Siri to Google’s Assistant to Samsung’s Bixby, superior digital assistants are on a quest to make our lives easier, while taking us a step closer to a world where each one of us will have our own personal, 24/7 –all-ears AI assistants to fulfill our every wish and command.

Launched in 2010 as an app, and later integrated to the ever-so-hyped iPhone in 2011, Siri is the first voice assistant to be introduced in the gizmos world. It is now found on hundreds of millions of Apple iPhones and performs tasks like setting calendar appointments, sending text messages and scheduling reminders.

However, of late Siri is getting stiff competition from its tailing rival Google Assistant – as it’s powered by better voice recognition and robust search. And the best part is that Apple appears to have nabbed it well. As a result, they are supporting more open-source AI development tools and sharing latest AI research with bigger development communities.

Introduced a couple of years back, Google’s Assistant is leading the bandwagon of smart, phone-based assistants and the assistant-powered Google Home is tightening its claws around Amazon’s Echo amidst other smart speakers. Now, Google Home recognizes up to six voices of distinct people clearly by distinguishing their voices and possesses the ability to execute the demands of each person. In the last year’s I/O conference, Google claimed that Assistant is now available on more than 100 million phones, and they are expanding their operation rapidly to increase the number of supported languages. Soon, they will be launching their image recognition capabilities, and for that they have opened up Assistant to 3rd party developers for better app integration.

In March 2017, another voice-based AI made a fabulous debut, and that being Samsung’s Bixby. It was launched in a brand new Galaxy S8 smartphone. As it’s said, if you are going to be late for a party, better bring something really special and Samsung Bixby brings in a deeper app integration that means the entire smartphone can be controlled by voice. To enable this function perfectly, Bixby has been designed in a way to integrate with other apps instead of operating within its own silo.

Considering Samsung’s hold in the world of smart TVs and various IOT-powered electronic appliances, if Samsung is able to fulfill a fraction of their Bixby goals, it would set a whole new standard of AI assistant in the arena of technology that would be immensely difficult for its rival to surpass.

Despite all such interesting facts and visions, AI-fueled assistants are still a few steps away from reaching the hands of the masses. For that, skilled data scientists are required. Their extensive knowledge and intellect will make this dream come true in no time.

For Machine Learning Courses in Delhi NCR, make DexLab Analytics your go-to training institute. Their Machine learning using Python courses are top of the line and curated exclusively for students. Visit their website for more information.