How Big Data is Revolutionizing Political Campaigns in America 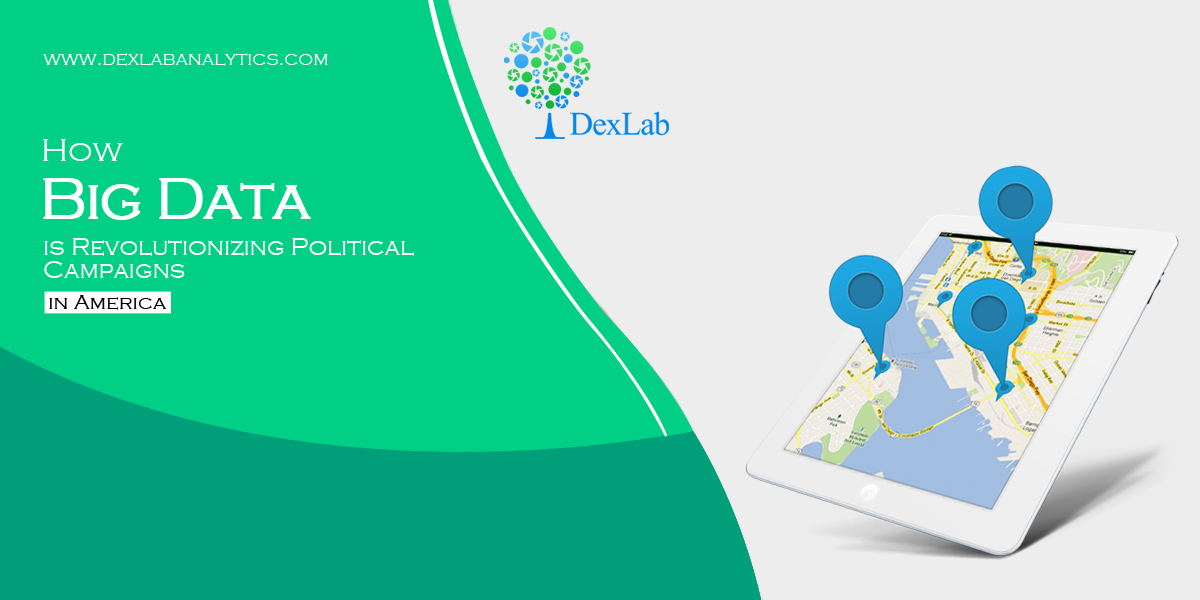 No doubt that big data is altering the manner in which politicians win elections in America, but it is also breaking American politics. So was the verdict in a column by NBC’s Chuck Todd and Carrie Dann.

According to Todd and Dann, recent technological advancements give access to detailed voter information and demographic data, like what they watch, what they shop and what they read; campaign initiators are completely aware of the preferences of voters. Hence, it enables them to target people who are most likely to vote for them through ads and other relevant content. They don’t feel the need to persuade the ones who are less likely to agree with their ideologies. Clearly, this is a crisis situation that fuels polarization within a governing system. It is encouraging campaigns to appeal to their most likely supporters rather than all their constituents. Also, this process is cheaper and faster.

Eitan Hersh, a notable professor of political science at Yale University conducted research on the role of big data and modern technology in mobilizing voters. So, let’s find out if his research work indicates the situation to be as adverse as Todd and Dann claims it to be.

Earlier, campaigns relied on surveys to generate their data sets, which were based on a sample of the entire population. Now campaigns can use data that is based on the entire population. The data sets that are looked into include voter registration data, plenty of public datasets and consumer databases. Zonal data, like neighborhood income, can be accessed via the Census Bureau. Information about a voter, like her party affiliation, gender, age, race and voting history is often listed in public records. For example, if a democratic campaign is aware that a person has voted for a Democratic party previously, is Latino or of African origin and is under 25 years, then it is highly probable that this person will vote for them.

Once campaigns chalk out their team of supporters, they employ party workers and tools like mails and advertisements to secure their votes.

According to Eitan Hersh, it is truly impossible to completely understand the interests of the entire population of voters. However, campaigns are focusing heavily on gathering as much data as possible. The process consists of discovering new ways existing data can be utilized to manipulate voters; asking the right questions; predicting the likeliness of a group to vote for a particular candidate, etc. They need to find sophisticated ways to carry out these plans. The ever increasing volume of data is definitely aiding these processes. Campaigns can now customize their targeting based on individual behavior instead of the behavior of a standard constituent.

There are chiefly 4 methods of targeting, which are not only used for presidential elections but also for targeting in local elections. These are:

To conclude, it can be said that victory in politics involves a lot more than using the power of big data to reduce voters to ones (likely voters) and zeros (unlikely voters). Trump’s victory and Clinton’s defeat is an example of this. Although, Clinton targeted voters through sophisticated data-driven campaigns, they might have overlooked hefty vote banks in rural areas.