Python vs. Scala: Which is Better for Data Analytics? 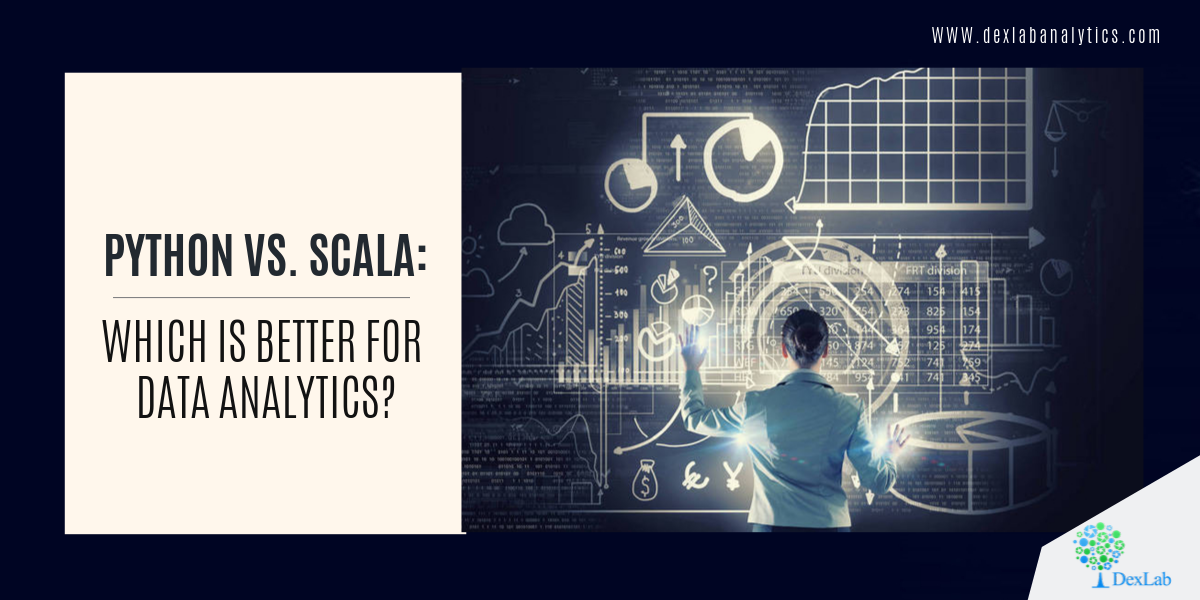 Data Science and Analytics seem to be synonymous to progress as far as the field of computer science is concerned. Now, with the rise of these technologies, everything goes down to the programming languages, which single-handedly help in the growth of them.

This gave rise to Python, now known as the most significant language in the world of technology. Scala is another versatile language which is not unknown to the researchers and tech geeks. These two languages are the most talked about in the industry today. Nevertheless, both of them are extensively used in data analytics and data science. However, the debate regarding which one to opt for among the two has always been constant. But worry no longer because here we will discuss both of them, in brief, to help you with your choice!

Python is really one of the most popular languages in the industry. The open-source nature of the language makes it a popular choice for scripting and automation works.

Besides, Python is powerful, effective, and easy to learn. Moreover, Neural Network Machine learning Python boasts of its efficient high-level data structures and for object-oriented programming.

If you want an object-oriented, functional programming language, then Scala would certainly be your first choice. It was basically built for the Java Virtual Machine (JVM) and remains the most compatible programming language with Java code till date.

We hope that this article helps you to have a brief insight into two of the most demanding programming languages: Python and Scala.

Now, if you want to enrol yourself in Computer vision course Python, you can reach us right at Dexlab Analytics, the most reputable institute for Big Data Analytics. Also, if you are looking for all-inclusive Deep learning for computer vision Course, turn no further than our premium institute to shoot your career up!