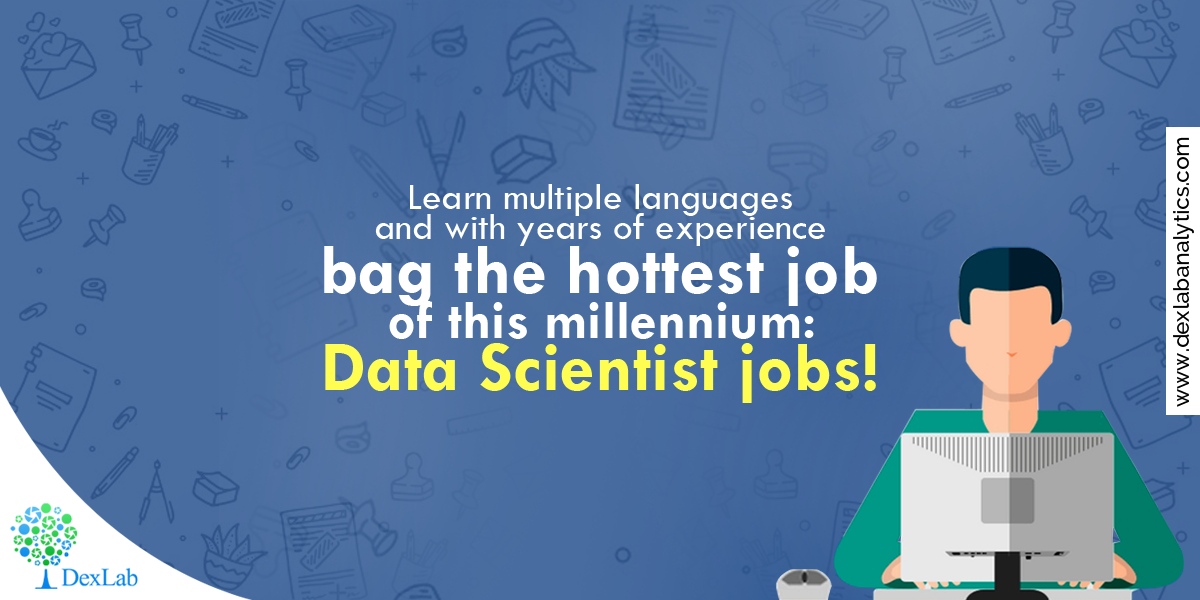 Suppose, you have two resumes of two data scientists in your hands: A and B. Both of them possess similar backgrounds and expertise: qualifications, platforms, languages, frameworks, methodologies, industries and more. Theoretically, they are more like the same person – on paper. Yet there are few things that reflect that A is more successful than B – but how you determine that?

Here we’ve whittled down a set of habits or traits of successful data scientists that make them stand out from the rest of the pack.

Excelling on more than 4 multiple languages

On an average, developers excel on at least 4 languages, though they have a drive to learn 4 more. Such a diverse knowledge on various programming languages undoubtedly boosts their prospects in the job world – according to Fortune top 25 companies, major enterprises look for candidates who know four different languages.

Learning has no boundaries

Knowledge-hungry individuals make good data scientists. Yes. Studies reveal more than a quarter of the data scientists surveyed filed their first piece of code before they even crossed 16 years of age. However, starting young cannot be termed as a milestone of success – of those, who set off late in the world of coding like after 26, 36% of them are now holding the alluring posts of senior or higher-level developers, which is quite a thing!!

Self-teaching is something that every developer of all ages loves to practice. A recent survey found, although 67% of data scientists bags computer science degrees, more than 74% of them are self-taught some way or the other.

Report suggests, “Since programming is centered on independent research aimed at solving new challenges, self-teaching is a major part of being a successful developer. In choosing what to learn next, the best guiding principle is to plant yourself in one discipline and learn tools as a means to grow. Tools will always change. Ultimately, it’s curiosity and genuine interest in programs that should fuel the drive to learn new tools and adapt to tech’s evolving landscape.”

Along with learning fulfilling languages and skills that keeps the data scientists on the edge, it’s equally important to be updated on the latest technologies that employees are constantly seeking – like Python, C, C++, Java and JavaScript, they are the most sought-after programming languages among the employee class. And when it comes to employers, AngularJS, Node.js, React, Spring and Django are the most popular frameworks on which they work on and achieve success!

Sometimes it’s the experience that counts, and not just education. Employers seek problem-solving skills in any employee – it has become one of the most in-demand skills to be found in any desirable employee even more than the programming language proficiency.

Research says, “Demonstrating computational thinking or the ability to break down large, complex problems is just as valuable (if not more so) than the baseline technical skills required for a job.”

Also, it states, companies value a scientist’s experience and portfolio far more than their educational qualifications and training – “Qualifications that generally bolster the resume (prestige of degree, education level, skill endorsements or certificates) rank the lowest among what companies care about the most.”

Importance of indicators and investments

Graphs, tables or plots are likely to be your key performance indicators. With this, your analysis just doesn’t stop. Instead, indicators are referred as the first “I” of the 3 I’s of data-driven engineering. Remember always, you are an agent of decisions; hence your analysis must be loaded with crucial insights and advice on investments.

So, there we have the top 5 habits of data scientists – now for encompassing Data Science Online training in Delhi, look no further than DexLab Analytics. Our Data Science Certification is robust, student-friendly and brimmed with theoretical and practical knowledge on the particular subject.